I love brownies. More specifically, I love brownies made from the box. I know. I can’t believe it either. But I’ve tried making brownies from scratch before, and normally I still come crawling back to the boxed ones. I also have a particular soft spot for any place that sells brownies with that horribly fake chocolate frosting on top. There was this cafe in college that sold MASSIVE brownies with the frosting. And I mean really massive, like the size of a plate. I don’t even want to know how many of their brownies I ate.

Anyways, back to the subject at hand – homemade brownies. So normally I don’t make these myself, but because I wanted to make them slightly more festive for our holiday party, I decided to make my own, and I have to say, they were amazing. They turned out just like the mini ones you can buy at the store (Costco, Trader Joe’s, etc) but with peppermint added. And the best part – they are so easy to make! The only complication was trying to track down peppermint extract (it took way too many trips to different grocery stores, but I did eventually get it). If you’re not a peppermint fan, I think these would also be great with some peanut butter mixed in, or perhaps some broken up bits of peanut butter cups. Anyways, here’s how to make mini peppermint brownies… 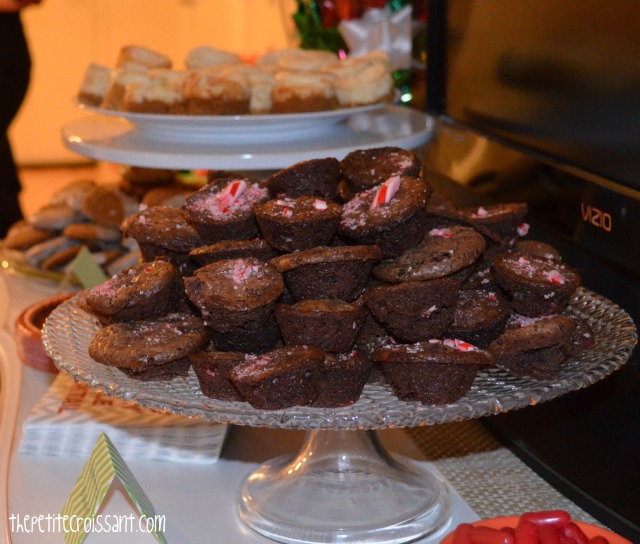 1. Preheat the oven to 350 degrees. Grease your cupcake pan. These can be made in a regular size muffin pan (and there will be 12) or in a mini muffin pan (there will be 24-30). I opted for the mini pan because I wanted all bite size desserts for my party.

2. In the bowl of your electric mixer (or I did a bowl because I was using my stand mixer for something else at the same time), mix both sugars and butter until soft. In a separate bowl, mix the eggs with a fork. Add the vanilla, peppermint extract, and eggs to the butter and sugar bowl, and continue mixing. Add the flour and cocoa and continue mixing, but be sure to stop mixing as soon as it is all incorporated. Pour in half of the crushed candy canes and mix with a spatula. Spoon batter into the greased cupcake pan. Fill each cup about 2/3 of the way up. 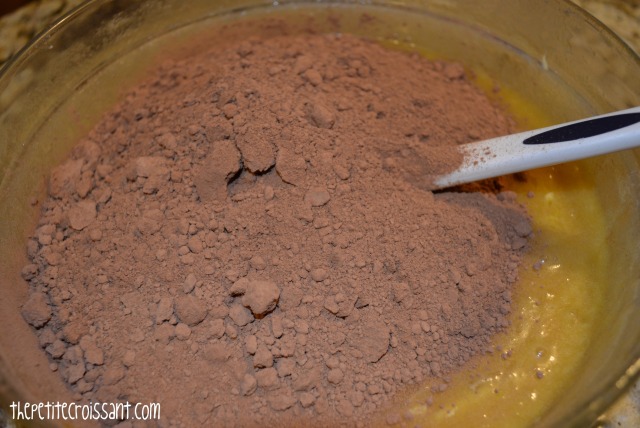